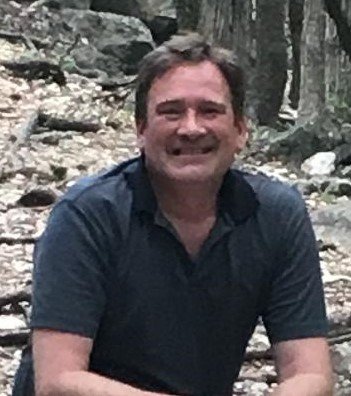 Donald Gene Crafton passed away peacefully March 25,2019 at the age of 52 cared for by the love of his life Susan Hiatt.  Don was born September 10,1966 in Chicago, IL to Linda (Crafton) Allen and Donald L Crafton.  He attended Elgin High School and then proudly served in the United States Army including active duty in 1988.  Known for his sense of humor and sharp wit, he was always willing to assist anyone around him whether it was to lend an ear to listen, a helping hand with his work family, tips on how to improve your pool game, and most importantly if he saw someone in need. He was well known around the Dallas, TX area for his love of the Chicago Cubs, playing pool, country music including dancing and concerts, going to or watching sporting events, playing cards and spending time with his many beloved friends.  He was a sweet and gentle person who will be missed by all who knew him.

Don was preceded in death by his father Donald L Crafton and uncles Gary Crafton, Charles Allen and Richard Allen.  He is survived by his parents Linda Allen and Herbert Allen; Daughters Stephanie Rene Knight and step-daughter Krystal Cline ; Sisters Linda Stancato with husband Thomas and Melody Minneci with husband Angelo; Brothers Herbie Allen with wife Leigh and Edward Allen with wife Brittany.  He also leaves behind aunts, nieces, nephews, cousins and a world of friends.

Share Your Memory of
Donald
Upload Your Memory View All Memories
Be the first to upload a memory!