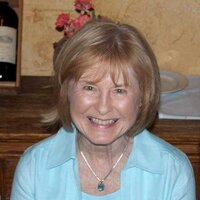 Ruth Irene “Wink” Whitley Kuebler Irene Kuebler, age 84, of Dallas, TX passed away October 7, 2022, at the Tradition Senior Living facility in Dallas, TX. She was born on February 5, 1938, to Daniel Polycarp Whitley, Sr. and Ruth Irene Snotherly Whitley in High Point, North Carolina. She enjoyed her childhood in High Point with a bit of notoriety as her father was the principal of High Point High School and her mother was a 4th grade teacher at Ray Street School. She was also surrounded by numerous aunts, uncles, cousins, and friends whom she adored dearly. She was the editor of the High Point High School Yearbook, The Pemican, when she graduated in 1956. Irene Kuebler graduated from Duke University in 1959 and later received a Masters in Teaching at the University of North Carolina Charlotte (UNCC). She graduated in three years from Duke because her father insisted, she graduate prior to getting married. Irene was united in marriage with the late Charles Herman Kuebler on August 1, 1959, in High Point. Irene Kuebler was a schoolteacher in North Carolina and Texas. She was the first teacher for a group of home-schooled 5th and 6th graders, teaching out of a parent’s garage. The group later expanded to become Carmel Academy which is now a part of Charlotte Country Day. Her last teaching position was middle school algebra at the Greenhill School in Addison, TX. Irene took great pride in the fact that one of her favorite students became the current mayor of Dallas, TX. The arrival of grandchildren was the major influence in her retirement decision. She and her husband enjoyed traveling, entertaining, and being parents and grandparents. They enjoyed hosting family dinners for every holiday and birthday their entire adult lives. Generosity defined them; family and friends left their home feeling well-entertained and well-loved. She is survived by her two daughters Ruth Irene “Rennie” (William) Meriwether and Elizabeth (Douglas) Fejer and grandchildren William Meriwether, Charles Meriwether, Alexander Fejer and Lesia Fejer. She was predeceased by her husband Charles Herman Kuebler, parents Daniel Polycarp Whitley, Sr., and Ruth Irene Snotherly Whitley, and her brothers Daniel Polycarp Whitley, Jr., and Joe Long Whitley. There will be a private memorial service at the Highland Park United Methodist Church.