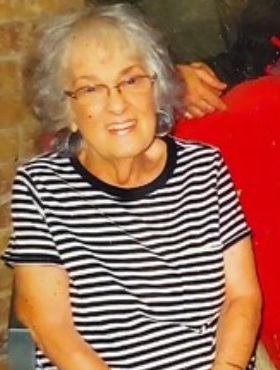 Judith Potenza Tolley, 84, passed away on August 17, 2022, in Dallas, Texas, surrounded by her loving daughters. Judith was born in Newark, New Jersey on June 11, 1938. She was an only child to parents Nicholas Judd and Mary Ann LaScala. She attended high school at North Miami High School and graduated in 1956. She participated there as a cheerleader and majorette. She became engaged on April 1st, 1956 to Burrell (Buddy) G. Atchison and married on October 27th,1956. She went on to do Tea Room Modeling for several years in Miami at Jordan Marsh. The couple later welcomed two daughters into the world, Laurie and Lisa Atchison. In the 1970s, she took up acting classes, and enjoyed very successful acting endeavors, filming several movies, including “Lenny” with Dustin Hoffman. In the 1990s she had a business creating her own jewelry and apparel line in Dallas. She loved her dogs and her grandpuppies. Her love of animals was apparent in her last job as a Nutro pet food representative; something she was very proud of because of being recognized as one of their top employees. She loved all her friends, neighbors, and caregivers dearly. She was a fantastic cook, and she made the best cheesecake ever! Judith’s memory lives on through her daughters, Laurie Atchison and Lisa Atchison, and her two grandchildren, Nicholas Buckley and Claire Buckley. She will be deeply missed.