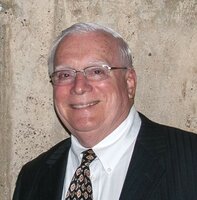 Charles “Chuck” Herman Kuebler, age 84, of Dallas, TX passed away July 19, 2022, at the T. Boone Pickens Center Faith Presbyterian Hospice. He was born October 29, 1937, to Robert Stanley Kuebler and Florence Mae Kuebler in Baltimore, Maryland. Chuck was united in marriage with Ruth Irene Whitley “Wink” on August 1, 1959, in High Point, North Carolina. Mr. Kuebler was a graduate of Duke University where he was a member of the Beta Theta Pi Fraternity. Chuck was known as a passionate executive throughout his career. He started with Home Credit Corporation in Charlotte, North Carolina and Dallas, TX. He was instrumental in embracing credit scoring for consumer finance and worked closely with Fair-Isaac Company now known as FICO. In 1981, he joined Associates Corporation of North America in Irving, TX (a subsidiary of the Ford Motor Company) where he developed many Auto Clubs before retiring in 2002. Chuck was enthusiastic about all his hobbies including singing with the Highland Park United Methodist Church Choir, boating, collecting, and building garden railroads, and following his favorite sports teams, the Duke Blue Devils and the Dallas Cowboys. Also, Chuck was a consummate host, his biggest joy was entertaining his family and friends at his home. He is survived by his wife of 63 years, Ruth Irene “Wink” Kuebler; two daughters, Ruth Irene “Rennie” (William) Meriwether and Elizabeth (Douglas) Fejer; grandchildren William Meriwether, Charles Meriwether, Alexander Fejer and Lesia Fejer, and a sister, Dorothy (Richard) Niles. He was predeceased by his parents Robert Stanley Kuebler and Florence Mae Kuebler. There will be a private memorial service at the Highland Park United Methodist Church.