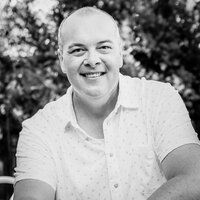 Robert Tate Gorman, 46, of Dallas, Texas passed away Saturday, May 14, 2022. Tate was born on January 2, 1976 to Chris Manning and Bill Gorman, in San Antonio, Texas and lived the majority of his childhood in Harker Heights. After moving to Austin as a teen, Tate graduated from St. Stephen’s Episcopal School in 1994. He graduated from Austin College with a BA in History and Communications and earned his JD from St. Mary’s Law School in 2001. Tate married April Rife on May 20, 2000, in Salado, Texas. After completing law school, Tate served on the 13th Court of Appeals in Corpus Christi, under the Honorable Nelda Rodriquez. April and Tate then moved to Dallas where he began his law practice with Thompson, Coe, Cousins and Irons, LLC. In 2019, he joined Standpoint as in-house council before starting Gorman Law Group in the summer of 2021. Tate and April were blessed with three beautiful children, John (2007), RoryCate (2008) and Greta (2012), who were the joys of his life. Tate supported his children on the sidelines of many youth sporting events, enjoyed scouting adventures and embarking on exciting vacation getaways. Tate was revered for his involvement in and love for his communities. He was a past president of the Lake Highlands Exchange Club and a strong and active supporter of BSA Troop 890. He enjoyed planning and executing Exchange Club events and found great joy in helping to establish the Girls 890 Troop. Tate and his family were loyal members of St. Barnabas Presbyterian Church of Richardson. Additionally, Tate was a strong supporter and ally of the craniofacial community. Tate is preceded in death by his dear stepfather, Stephen Krasusky; loving grandparents, Ruby and Robert Gorman; and Christine and John Odom. Tate is survived by his wife, April, and their children John, RoryCate and Greta; parents, Chris and Leon Manning, Nancy and Bill Gorman; sisters and brothers-in-law, Christine and Steven Dyer and Ashleigh and Jeff Henson, and nephew Hawk; parents in-law, RC and Sallye Rife; April’s sister Emily Young and husband Chris, and their children Hannah and Seth, her brother Paul Rife, as well as numerous doting aunts, uncles, cousins and extended family. Services for Tate will be held on Thursday, May 26th at 2:00 pm at First Presbyterian Church of Dallas located on 1835 Young Street. In lieu of flowers, Tate’s family requests that donations in his honor be made to any of the links below. Exchange Club of Lake Highlands www.lhexchangeclub.org/donate BSA Troop 890 https://www.bsa890.org/stripe/tate-gorman-memorial-donation (c/o Lake Highlands United Methodist Church - 9015 Plano Road, Dallas, TX 75238) Faith Presbyterian Hospice https://www.forefrontliving.org/giving-opportunities/#donateform 12477 Merit Drive, Dallas, TX 75251.