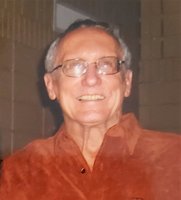 John Albert Schneider was born on December 14, 1945 to John and Loretta Schneider in Chicago, IL and was one of two children born to this union. He was preceded in death by his parents. As a child, he loved sports and baseball was his first love. He attended Eastern Illinois University on a track scholarship, where he studied English and Shakespearean literature. On a train ride heading back to college one weekend in the fall of 1969, he met Sandra Joyce King, to whom he started a polite conversation that lead to a courtship which resulted in their marriage on August 15, 1970. The newlyweds moved to Edwardsville Illinois where John taught English at Edwardsville High School and Sandra attend Southern Illinois University. Later the couple moved to St. Louis Missouri, where to their union one child was born, Adrienne Camille Schneider (1976). John taught English at Cahokia High School in Cahokia Illinois (across the river from St. Louis) for 36 years. John was instrumental in starting the first African American Studies program at Cahokia High School. John was a loving son, brother, devoted husband and father. He was unendingly proud and supportive of his daughter, Adrienne. John was loved and admired by many as a friend, mentor and sounding board. John always lived life to the fullest. John was an avid reader, sports fanatic, basketball player, dancer and a wealth of historical information. He was very active and could be found walking, dancing, flirting or debating any topic, at any time. He never met a stranger he didn’t like or couldn’t converse with. He had two phrases that he said often - Every day is a holiday and just happy to be here. While that time has come to an end, he will always be remembered in the minds and hearts of many. He is survived by his brother, Warren Schneider, only child, Adrienne Schneider and Brother-In-Law, Maurice King. John Albert Schneider passed away on February 9, 2021 after a battle with Amyotrophic Lateral Sclerosis (ALS) at age 75 in Dallas, TX. We, the family of John Albert Schneider, wish to express our gratitude for the many expressions of sympathy and support received from our friends, neighbors, and relatives during our beloved one’s illness and during this period of bereavement. Our loss has been deeply felt, and you have assisted in easing our pain. We thank you. Please don’t sing sad songs for me, Forget your grief and fears, For I am in a perfect place Away from pain and tears. I’m far away from hunger, Hurt, want and pride. My life on earth was good, As earthly lives go. My heart is filled with joy and happiness. A joy forever new.